Reminder : Call Your Senators Today for ERA – America is in a Constitutional Crisis

This is an urgent Call-To-Action for women and our allies to pressure your Senators – especially those in the 38 RATIFIED STATES.

We need women and our allies calling and writing to them every day until ERA is published.

Below is an excerpt from the letter we urge you to print out, mail AND cut and paste into a contact form on your Senator’s website (linked here):

“The Archivist is refusing to publish the ERA even though he readily published the Twenty-Seventh Amendment in 1992 despite serious concerns about that Amendment’s validity. The Twenty-Seventh Amendment was ratified some 203 years after it was proposed by Congress, yet the Archivist published it forthwith, in accordance with his duties under 106b. The Congress asked the Archivist to delay publication until after it had a chance to vote on whether the amendment was valid despite the passage of time, but the Archivist rightly did not cede to Congress’ request.

The Archivist also declined to delay publication until after the OLC released its opinion on the issue. Simply put, the Archivist performed his task and published an amendment pertaining to congressional pay raises regardless of the fact that other government officials believed the Amendment was not constitutionally valid. Women’s equality is entitled to the same respect.”  –  Wendy Murphy, Equal Means Equal Legal Counsel.

As you know, there is an anti-woman juggernaut that is gaining steam everyday across our nation; we need all Senators in the 38 ratified states to stand up for the law and the women of their states, who overwhelmingly support the Equal Rights Amendment.

Our Senators must tell President Biden to respect the will of the people and order the U.S. Archivist to publish the ERA immediately.

Below are tools to help with this urgent action:

Please do this immediately.  Thank you.

Senators need to receive at least two phone calls and two letters daily until ERA is published in the Constitution. Let’s make that happen!

Please take a moment to call or write TODAY.  Please share this link, that contains all the necessary information, to all your social media accounts ASAP:

Thank you for your dedication and support.  We will not deviate or be distracted from our goal, equality for all Americans, regardless of sex. 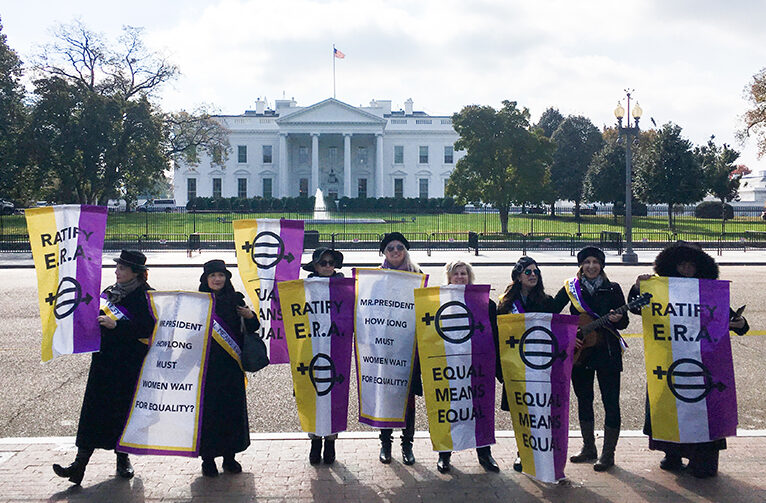